Just who the heck is Michael Archer?

For the latest international wildfire news, subscribe to the Firebomber Publications Blog by clicking here

According to a recent article in the Washington Post, many processing out of the military face a major dilemma: What to do now that they're hanging up the uniform for the last time? The Transition Assistance Program (TAP) helps steer soldiers, sailors, and marines to new careers where they can be happy and productive, but there are still many bumps along the way when transitioning from being a specialist in the arcane arts of war back into civilian life.

One civilian group, however, prizes these warriors very highly - emergency services. "I was originally looking at law enforcement, especially the LAPD and Sheriff's SWAT Teams", said Battalion Chief Bob Doyle of Glendale Fire Department. "I saw a fire on TV where firefighters were going into a building window while thick black smoke poured out and thought 'that looks like fun'". Chief Doyle, a Marine Recon veteran, was enamored of the teamwork and physical skills it took to do the job. "I like the job of leading these brave men and women in executing the mission".


To read the remainder of this article at Military.com,CLICK HERE

To see a video from the Discovery Channel on the DC-10 supertanker (including some footage of the actual drop shot for Wildfire Research Network by Michael Archer) CLICK HERE, then at the Discovery Channel site click on the word video --> at the end of the "Gallons of Help" segment to roll the film! 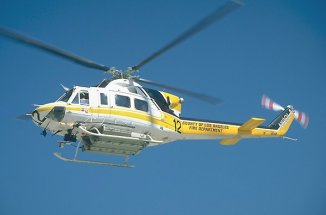 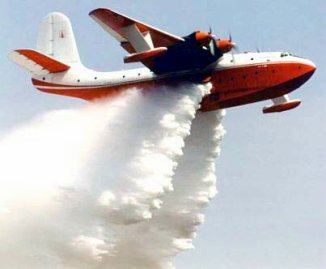 Take a tour of the fabulous Martin Mars flying boat, inside and out as it fights fires in Southern California!
And you can read an article in Military.com about the history of this venerable warbird by CLICKING HERE 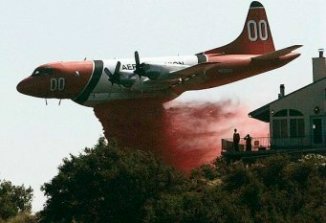 Join us on a tour of air-tanker giant Aero Union, conducted by CEO Britt Gourley by CLICKING HERE

This is an interesting set of videos of a Marine MV-22 Osprey Simulator taken at the 3rd Marine Aircraft Wing's MCAS Miramar training facility in San Diego, California

Visit the National Volunteer Fire Council's new National Junior Firefighter Program website and find out how they can help prepare young people for a rewarding career in emergency services by CLICKING HERE.